Unavoidable Nature Park in the heart of the Balkans

The “Drina-Tara” cross-border region is a beautiful area that covers the border zones of three countries: Montenegro, Bosnia and Herzegovina and Serbia. This territory is characterized by homogeneity in natural, social, economic and demographical aspects, but it is also marked by beautiful diversity which makes each spot of this land special and specific. The Drina River and Tara Mountain – two geographical localities the region is named after, affect both the people and the nature of this territory.

In total region is covering surface of around 7 110 km2 with over 400 000 inhabitants. Among the population there are many different nations, nationalities and ethnic groups. 14 municipalities that are all peripheral to the current economic centers in their respective countries and are bound by the natural setting of the Drina Valley and Tara Mountain were selected to become one of the 4 pilot ABD Regions. Participating municipalities are: Ljubovija, Bajina Bašta, Prijepolje, Priboj, Čajetina, Užice in Serbia; Bijelo Polje, Pljevlja in Montenegro; Višegrad, Rudo, Goražde, Srebrenica, Bratunac, Milići in Bosnia and Herzegovina. 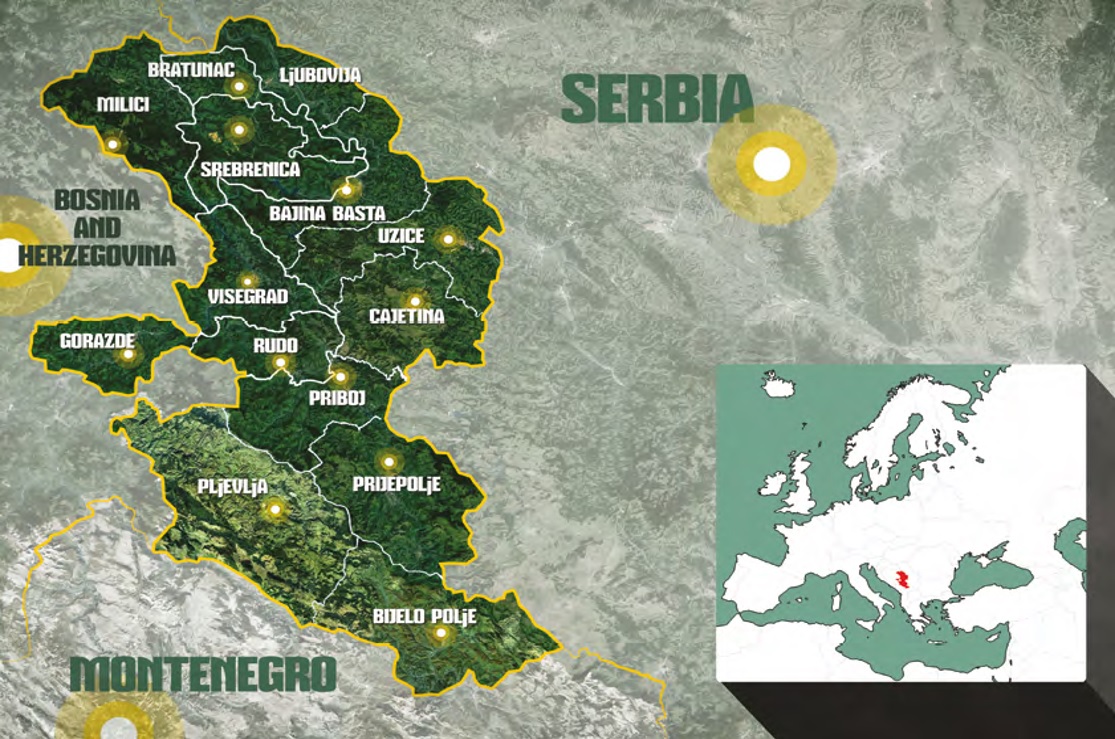 Rural development is the priority sector in the overall development of the area. Agriculture is an important employer in most of the municipalities belonging to the region. Tourism is a sector of growing economic importance for the area. Its huge potentials are being better used from year to year.

SWG Project Management Units in Visegrad for the cross-border region “Drina-Tara” was established on 23rd December 2013 in order to facilitate the entire process of assisting the stakeholders in preparation of a project pipeline and ensuring consistency and relevance in priority setting and coherence in implementation.

Stakeholder Group (SHG) for “Drina-Tara” cross-border region is operational since 2013 and consists of twenty nine members from private, public and civil sector.